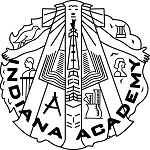 The Indiana Academy exists to to promote the advancement of Indiana through the Academy’s support of the Independent Colleges of Indiana, Inc., and its member institutions.  The Academy achieves this by periodically recognizing and inducting into its membership Hoosiers in or from the state who have demonstrated exceptional leadership in philanthropy, business, public service, advancement of the sciences, the arts, literature, culture, and scholarship in connection with Indiana’s independent non-profit colleges and universities, and by focusing the public’s attention on the importance of Indiana’s private, non-profit colleges and universities to the richness of the life, culture, and economy of Indiana.

The Academy is maintained through the support of the Tony and Mary Fendrich Hulman Endowment Fund and donations from members of The Indiana Academy. Established in 1983, this fund perpetuates The Academy as a source of inspiration and strength. All who value The Academy are grateful for the generosity and goodwill expressed by the Endowment and members of The Academy.

As in the case of The French Academy, the definite article “the” is part of the name of The Indiana Academy. The Academy’s three initials (TIA) form the basis of the symbol that has been humanized with a face and out-stretched arms. Each of the images medallion represents the following: