Five new members were inducted into The Indiana Academy at its 49th annual dinner celebration on Monday, October 14, in Indianapolis. This year’s honorees were recognized by the Academy for lifetimes of achievement and contribution to the state of Indiana. The Academy annually inducts into its membership individuals who have demonstrated exceptional leadership in philanthropy, business, public service, advancement of the sciences, the arts, literature, culture, and scholarship in connection with Indiana’s independent non-profit colleges and universities. 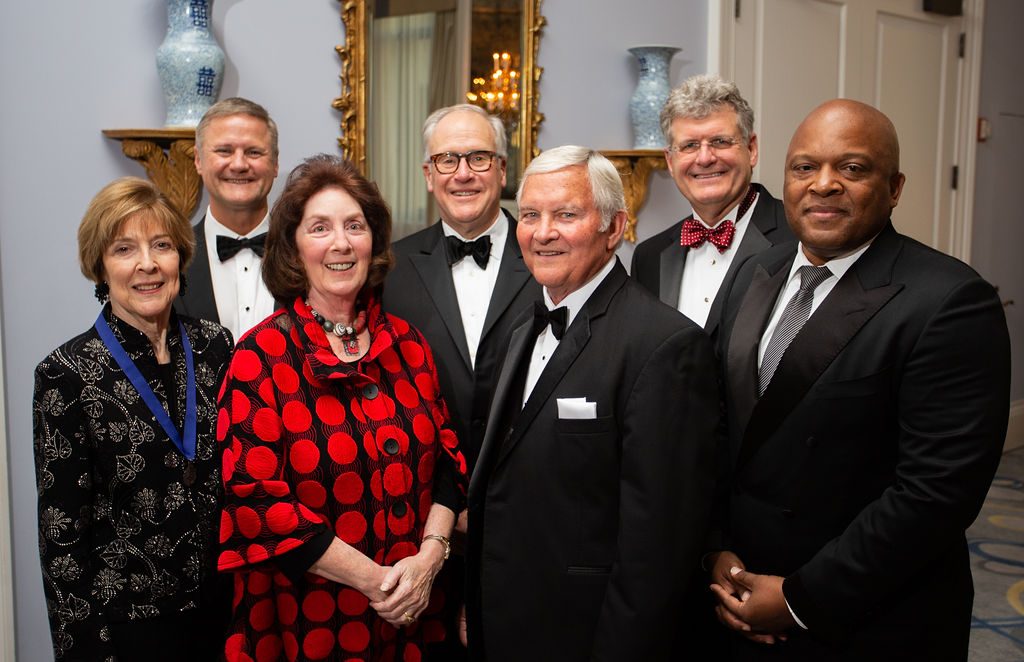 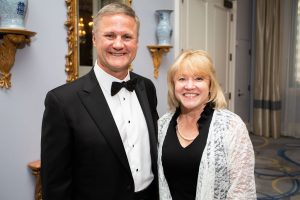 Gibson is an emeritus trustee of Saint Mary-of-the-Woods College where he previously served a nine-year commitment. Additionally, he has served on the finance committee and has helped SMWC and Rose-Hulman Institute of Technology increase commitments to recycling and sustainability. He has been instrumental in helping SMWC break ground on its sports and recreation center, the first new building on the campus in 50 years. He also established the Gibson Family Endowment to support student-athletes.

Gibson earned a bachelor’s degree in civil engineering from Rose-Hulman and is the chair of the Development Committee on the Board of Trustees and a major contributor to the state-of-the-art William Welch Track and Field Complex.

Gibson serves on many boards, including the Terre Haute Convention and Visitors Bureau, Hospice of the Wabash Valley and Visiting Nurse Association, Swope Art Museum and the Terre Haute Symphony. 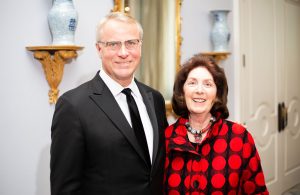 Marianne Glick’s interests cover a wide range of causes, particularly those rooted in the arts, education, support of women and girls, and revitalization of struggling communities. Glick currently serves as chairman of the board for the Eugene and Marilyn Glick Family Foundation and Teen Works, which partners with Marian University, Butler University (her alma mater), University of Indianapolis, and Franklin College to help prepare young people for college.

She has served on the Butler University School of Business Board of Advisors and supports scholarships at both Butler University and Marian University. A notable artist and talented painter, Glick regularly donates her paintings to benefit nonprofit organizations and has served on the boards of United Way of Central Indiana, Goodwill Industries, Central Indiana Community Foundation, Gene Glick Company, the Glick Housing Foundation, Ascend Indiana, Habitat for Humanity, and the Women’s Fund. 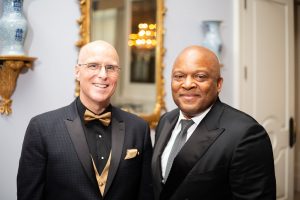 Tracy Graham is the founder and managing principal of Graham Allen Partners, a private holding company focused on the development of early-state, high-growth technology businesses.  A graduate of the University of Notre Dame, Graham is a serial entrepreneur, investor, and community leader. He works closely with his alma mater Notre Dame, Bethel University, Saint Mary’s College, and Holy Cross College to attract and recruit graduates. He serves as a member of the Notre Dame Advisory Council for the Student Athlete, having played football under Lou Holtz as a student.

He works tirelessly to promote diversity and spark opportunities for women and minorities in the area. He has served on many boards including 1st Source Bank, Beacon Health System Center for the Homeless, the South Bend Career Academy, The Family and Children’s Center, and the South Bend-Elkhart Regional Development Partnership. 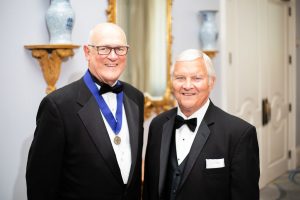 Thomas King is the retired president and CEO of the Indiana State Museum and Historic Sites Corporation. Through his leadership and ability to inspire, the museum is now the centerpiece of the White River State Park. Previously, he was president of Thomas A. King Consulting, a company he formed after retiring from Eli Lilly and Company.

King was deeply involved with the “Commission on the Future of Butler University” and helped secure a transformative grant to benefit the now Lacy School of Business. He provided 15 years of service on Butler’s Board of Trustees and previously served as president of the Butler National Alumni Board. He continues his involvement with the business school and helps mentor the next generation of business and civic leaders.

King is a founding board member and chair of the Center for Leadership Development. His other board service includes the Indiana Sports Corporation, Goodwill Foundation of Central Indiana, Arthur Jordan Foundation, and the Benjamin Harrison Home Foundation. 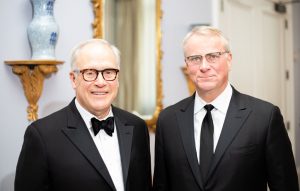 John Lechleiter retired as president and chief executive officer of Eli Lilly and Company after more than 37 years with the company. He held critical roles throughout the company and started the Lilly Global Day of Service Initiative, an internationally observed day for Lilly employees to do charitable work in their communities.

His influence in science and business is evident in his work with the Central Indiana Corporate Partnership, Indiana Economic Development Corporation, Indiana Business and Technology Corporation, the Life Sciences Foundation, and the Chemical Heritage Foundation. He was central to the establishment of the Indiana Biosciences Research Institute for which he also serves as a board member.