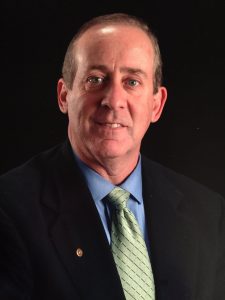 The Oakland City University Board of Trustees has selected Dr. Ron D. Dempsey as the 10th president of the university.

He succeeds Dr. Ray G. Barber, who has served as president since 2008 and will be retiring.

A 17-member Presidential Search Committee chaired by Bill Blackburn, chair of the Board of Trustees, selected Dempsey from a pool of national candidates as one of three finalists announced May 31, 2019.

Dr. Dempsey brings with him 30 years of experience in higher education and a strong track record of reimagining and strengthening the institutions he has served. He has served as a faculty member, an academic dean, a strategic planner, and a successful fundraiser. As an ordained Baptist minister and a seasoned university professional, the Board believes that Dr. Dempsey embodies what the university needs in its new president. Dr. Dempsey currently serves as the Vice President for University Advancement at Winona State University. Other previous appointments include: Vice President for University Advancement at Southern Polytechnic State University, Marietta, Georgia; Vice President for Institutional Advancement at Shorter University, Rome, Georgia; Director of Foundation/Corporate Relations and Associate Dean of Academic Affairs at Presbyterian College, Clinton, South Carolina; Associate Provost for Academic Services at Southern Baptist Theological Seminary, Louisville, Kentucky; and Director of Institutional Research at Jefferson Community College, Louisville, Kentucky. During his career Dempsey has held faculty appointments at various institutions: Southern Polytechnic State University, Georgia Highlands College, Shorter University, Presbyterian College, and Southern Theological Seminary.

Dempsey expressed his enthusiasm at joining Oakland City University. “I am excited about what God has in store for Oakland City University,” said Dr. Dempsey. “As I expressed during my time on campus, I believe that OCU has a strong infrastructure with its main campus, established satellite campuses, and a seasoned online program. I believe we can build on that strong foundation and establish programs which will benefit our current and future students. I look forward to working with the faculty, staff, students, trustees, and alumni of OCU as together we create a model for the Christian university in the 21st century.”

Dr. Dempsey and his wife, Amanda, will be introduced to the General Association of General Baptist’s at the 2019 Mission and Ministry Summit in Collinsville, Illinois, July 15-17. Further news and releases will be forthcoming as plans begin for the events surrounding the inauguration.